No cost. No appointment necessary.

Our comprehensive evaluation gathers an overall picture of your experience and is critical to crafting an individualized treatment plan.

According to the World Health Organization, bipolar disorder is the sixth leading cause of worldwide disability.

This mental health disorder—which is not a matter of merely having frequent “mood swings”—affects an estimated 2.6% of the United States population. At Hendricks Behavioral Hospital, we offer both comprehensive inpatient care and outpatient programs for people looking for bipolar disorder treatment.

WHAT IS BIPOLAR DISORDER

Hypomania is a less severe manifestation of a manic episode.

Bipolar disorder is believed to affect men and women at the same rate, although research does indicate that the condition may affect the different genders in different ways, with women being more likely to have more rapid episodic cycling and more depressive episodes.

There are at least four types of bipolar disorder: bipolar I, bipolar II, cyclothymia, and other specified and unspecified bipolar and related mental health disorders. What’s causing them? It’s not clear, but doctors and researchers agree that genes, family history, and a person’s unique brain structure and function are at play as possible causes.

A person will exhibit different types of bipolar signs and symptoms depending on which type of episode they’re currently experiencing. Manic episodes are associated with:

A bipolar disorder test essentially involves a thorough examination, both physical and mental. This is to rule out other similar conditions and help doctors understand which type of bipolar disorder a person is presenting with. Personal and family history must also be assessed.

Following a diagnosis, bipolar treatment typically involves a combination of psychotherapy and medications, as well as other modalities as indicated. Treatment can be applied in an inpatient or outpatient setting, as well as in individual or group sessions, depending on the person’s needs. The ultimate goal is to help a person manage their episodes more effectively so they can remain productive and fully functioning in their lives and relationships.

The Joint Commission is an independent, not-for-profit organization which certifies health care organizations and programs across the U.S. Their seal is a symbol of quality in an organization’s commitment to meeting certain standards.

Hendricks Behavioral Hospital has been awarded the Joint Commission’s Gold Seal of approval, which speaks to our dedication to ongoing quality care, patient safety, and best practices. 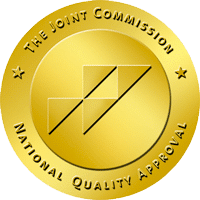 NO COST ASSESSMENT AND NO APPOINTMENT NECESSARY

Hendricks Behavioral Hospital is here to help you navigate your journey to recovery. We offer 24/7 free assessments in our facility for your convenience.  If you or a loved one is struggling, please contact us for more information.